Dr. Hasday showed that the bronchoalveolar compartment of the lung is converted from an endotoxin-insensitive to an endotoxin-sensitive environment by the leak of the endotoxin accessory molecule, LPS-Binding Protein (LBP) from the circulation.

Dr. Fenton is studying the contribution of LBP to asthma using a mouse model of asthma and LBP knock-out mice. Drs. Hasday and Vogel are studying the molecular mechanism of macrophage dysfunction in smokers, focusing on the biochemical pathways leading to endotoxin tolerance in these cells.

The roles of cytokine and lipid mediators:

Dr. Hasday (in collaboration with Dr. Eugene Bleecker) has analyzed the effects of smoking and asthma on cytokines and leukotrienes in the airways. 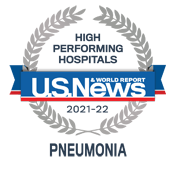