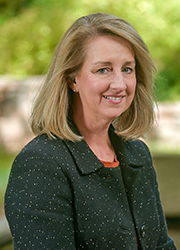 Ms. McCollum serves as the President and Chief Executive Officer of UM BWMC, effective April 2021. She joined UMMS in 1992 as an administrative resident at the University of Maryland Medical Center (UMMC) and transitioned to UM BWMC in 2001 as Vice President and Executive Director of the Tate Cancer Center, an affiliate of the UM Greenebaum Comprehensive Cancer Center. She was promoted in 2013 to Chief Operating Officer and Senior Vice President for Clinical Integration, with oversight for operations, nursing, local HR and strategic planning.

Ms. McCollum holds a bachelor's degree from the Wharton School of the University of Pennsylvania and a Master of Health Science degree in Health Finance and Management from Johns Hopkins University School of Hygiene and Public Health. A resident of Anne Arundel County, Ms. McCollum is active in the community, having served on boards or volunteered for several community organizations, including Hospice of the Chesapeake, Anne Arundel Economic Development Corporation and Anne Arundel County Public Schools. 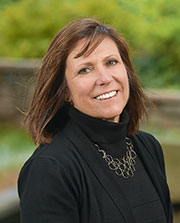 Kathy Burk is Vice President/Executive Director of the Baltimore Washington Medical Center Foundation, where she leads philanthropic and community awareness efforts to support the mission of UM Baltimore Washington Medical Center. She is responsible for both the strategic direction and day-to-day operations of the Foundation. Kathy joined UM BWMC in 2017, with more than 25 years of experience in the fundraising, business development, and marketing fields. Before joining UM BWMC, she held chapter senior leadership and development positions for two national non-profit health care organizations, and served as a consultant providing marketing, business development, and event planning services for national and local businesses and non-profits.

Active in the community, she serves on the Fort Meade Alliance Board, was a past member of the Board of Directors for Girls on the Run Greater Chesapeake and Touching Lives with Comfort, and volunteers for a variety of non-profit organizations in the region. She is a 2018 recipient of the YWCA TWIN Award. Kathy holds a bachelor’s degree in Communications/Public Relations from the College of Notre Dame of Maryland, and resides in Annapolis, MD. 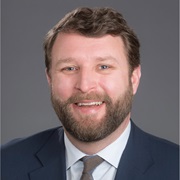 Prior to his time at Wake Forest Baptist Health, Mr. Carter served as an operational executive with Vidant Health and Novant Health, and also served as a national health system consultant supporting strategic service line development and the design, development, and activation of new health care facilities. Mr. Carter has over 15 years of experience in hospital operations, and in creating and leading system-wide clinical service lines. Before he was an operational leader, Mr. Carter served as Vice President of Human Resources for Novant Health, and prior to his transition to health care, he served as a human resources leader within international manufacturing firms. Mr. Carter received his Bachelor’s degree in Business Administration from Appalachian State University, and his Master’s degree in Business Administration from Winston-Salem State University. 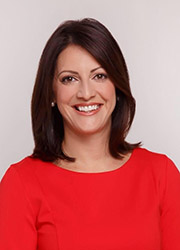 Vice President of Community Engagement and Chief of Staff

Diane Croghan joined UM BWMC in 2021 as the Vice President of Community Engagement and Chief of Staff. She is an experienced strategic advisor, having held senior positions in multiple branches of government. Most recently Ms. Croghan served as Deputy Chief of Staff to Maryland Governor Larry Hogan. In this role, she was responsible for overseeing and managing the human services portfolio of state executive departments. She also served as a key strategic adviser and statewide operational leader for the State of Maryland's response to the COVID-19 pandemic.

Prior to joining the Hogan Administration, Ms. Croghan served as Chief of Staff to the Anne Arundel County Executive from 2014 – 2018 where she managed County government and was a senior advisor to the County Executive. Earlier in her career, she held leadership positions in both chambers of the Maryland General Assembly, designing and implementing legislative initiatives and strategies with the goal of advancing caucus priorities. Ms. Croghan serves as President of the Board of Directors for the Annapolis and Anne Arundel YWCA, and on the Board of Directors for RISE for Autism, and the External Advisory Board for the School of Public Policy at the University of Maryland, Baltimore County (UMBC). She is a proud graduate of the University of Maryland College Park. 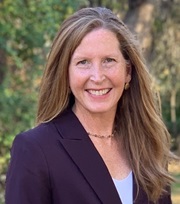 Kristin Feliciano joined UM BWMC as Senior Vice President of Strategy in 2022. She is a healthcare strategist, business development and operations leader who designs and executes comprehensive, future-focused strategic initiatives. Kristin most recently served as Chief Strategy Officer at Holy Cross Health, a member of Trinity Health, in Montgomery County, Maryland where she was the accountable executive and responsible leader for the development, monitoring and execution of the Health System strategic priorities, including long-range planning, new business development, programmatic alignment, analytics, and physician and consumer engagement. Kristin spent over a decade at University of Maryland Medical Center where she had the opportunity to work across many clinical services areas and partner with leaders at the School of Medicine and other UMMS member organizations, focusing on growth and clinical program development.

Kristin received her Bachelor’s degree in Business and Economics from Lehigh University and obtained her Master of Healthcare Administration degree in Health Finance and Management from Johns Hopkins University Bloomberg School of Public Health. She most recently served on the Finance Committee of the board for Nexus Montgomery and previously served on the section for Maternal and Child Health Board of the American Hospital Association. 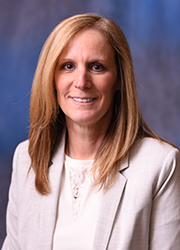 Ms. Hall received her Bachelor's degree in Nursing from Monmouth University, a Master's in Nursing as a Clinical Nurse Specialist in Emergency and Critical Care from Widener University and a Master of Business Administration in Healthcare Administration from Eastern University. She holds a national advanced practice certification through the American Association of Critical Care Nurses as a Clinical Nurse Specialist in Acute and Critical Care for the Adult and a Fellowship of the American College of Healthcare Executives.

Ms. Hall came to UM BWMC in 2014 and served as director of acute care nursing. She was named Vice President in 2016. She provides direction for the following programs: the Care Management Program - to ensure appropriate utilization of resources consistent with the highest quality patient care; the Performance Improvement Program - to continually improve patient care; the Infection Prevention Program - to provide a safe and healthy environment for patients, staff, and visitors; and, the Patient Safety Program – to deliver safe patient care. 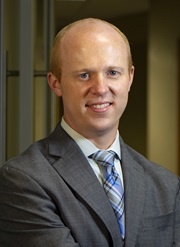 After graduating from the University of Maryland School of Medicine, Dr. Heavner completed a residency in Internal Medicine at Yale New Haven Hospital followed by a fellowship in Pulmonary & Critical Care Medicine at Yale University. He remained on faculty at the Yale School of Medicine until joining the team at UM BWMC in 2016. Prior to becoming the Associate Chief Medical Officer, Dr. Heavner served as the Chair of the Pulmonary & Critical Care department, Associate Chair of Medicine and the Medical Director of Quality at UM BWMC. He has received certification in Lean Healthcare from the University of Michigan College of Engineering Integrative Systems and Design, and he has been elected as a Fellow in the American College of Chest Physicians. 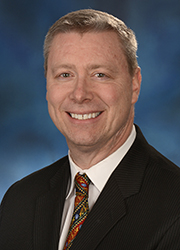 Mr. Hunt is a graduate of The Johns Hopkins University, receiving his bachelor and master's degree from the School of Nursing and his MBA from the Carey Business School. 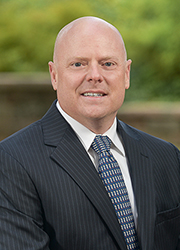 Mr. Lynch joined UM BWMC as Vice President of Human Resources in 2018. Prior to this, Mr. Lynch served as the Director of Human Resources for Bon Secours Health System, Inc. In this role, he served as the strategic human resources leader responsible for helping the organization achieve its strategic and operational objectives. He provided strategic leadership and served as an internal consultant to executive and line management and was responsible for human resources operations and employee occupational health services. Mr. Lynch has over 20 years of progressive human resources experience in employee and labor relations, leadership development, staffing, talent management, compensation, compliance, benefits and organizational development.

Mr. Lynch earned a Bachelor's degree in Business Administration from Ohio University where he majored in Human Resources Management. He also obtained a Master's degree in Organizational Development from Capella University. 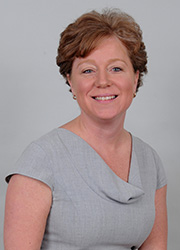 Ms. Paesch joined UM BWMC in 1997. Prior to assuming her role as Vice President, she served as Senior Director of Business Development and Physician Enterprise. She received her Bachelor's Degree in Communications from Salisbury University and obtained her Master's Degree in Healthcare Administration from University of Maryland University College. She has over 20 years of experience in the healthcare industry.

Ms. Paesch has an extensive background in physician recruitment, relations and retention; practice management oversight; and business development. She is a member of the American Association of Healthcare Administrative Management and the Society for Healthcare Strategy and Market Development. 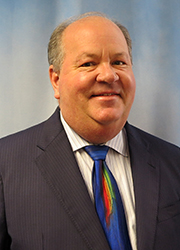 Mr. Pietsch received a Bachelor of Science degree in Accounting from Towson State University and joined UM BWMC in 1988 as a Budget and Cost Manager. Mr. Pietsch was promoted to Assistant Director of Finance in 1992 and named Director of Finance in 1997. He has held his current position as Sr. Vice President and Chief Financial Officer since 2000. Mr. Pietsch is the Treasurer of Baltimore Washington Emergency Physicians, Arundel Physicians Associates and Baltimore Washington Health Enterprises. He is an advanced member of the Healthcare Financial Management Association, a member of the American Institute of Certified Public Accountants and the Maryland Association of Certified Public Accountants. 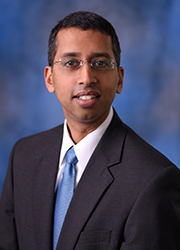 Dr. Vibhakar has been with UM BWMC since 2004 after completing his residency in Emergency Medicine at Johns Hopkins Hospital. Prior to becoming the Chief Medical Officer in 2015, Dr. Vibhakar served as the Chairman of the Emergency Department from 2009 through 2015. He completed his undergraduate studies in Biological Sciences at Carnegie Mellon University, his medical degree from the Medical College of Pennsylvania-Hahnemann University School of Medicine, and an Executive MBA degree from the University of Maryland Robert H. Smith School of Business.