His primary area of research expertise is the psychopharmacology of medications for treating addictions He is the Principal Investigator on National Institutes of Health (NIH)-funded research studies utilizing neuroimaging, neuropharmacology, and molecular genetics techniques. Professor Johnson's clinical expertise is in the fields of addiction, biological, and forensic psychiatry. Honors include service on numerous NIH review and other committees including special panels. Professor Johnson was the 2001 recipient of the Dan Anderson Research Award for his "distinguished contribution as a researcher who has advanced the scientific knowledge of addiction recovery." He received the Distinguished Senior Scholar of Distinction Award in 2002 from the National Medical Association. In 2007, he was named as a Fellow in the Royal College of Psychiatrists, and in 2008 he was elected to the status of Distinguished Fellow of the APA. In 2009, he received the APA's Solomon Carter Fuller Award, honoring an individual who has pioneered in an area that has benefited significantly the quality of life for Black people. In 2010, he was named as a Fellow in the American College of Neuropsychopharmacology and he received the NIAAA's Jack Mendelson Award in 2013. 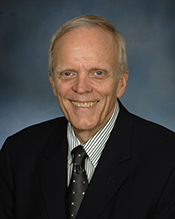 David B. Pruitt, M.D., Professor: Dr. Pruitt, a board certified child and adolescent psychiatrist, serves as the Chair of the Division of Child and Adolescent Psychiatry. He studied medicine at the University of Texas Medical School at Houston and pursued an internship in pediatrics at Hermann Hospital. Dr. Pruitt went on to do a residency in General Psychiatry at the University of Pennsylvania and a fellowship in Child and Adolescent Psychiatry at the Philadelphia Child Guidance Clinic. He is a Professor and serves as Director for the Taghi Modaressi Center for Infant Study. Dr. Pruitt's clinical specialties include evaluation and treatment of children ages 0-5 years, organizing systems of care for children and adolescents, and family therapy. He is also Director of the new University of Maryland Child and Adolescent Mental Health Innovations Center (UM-MHIC) dedicated to developing and advancing evidenced based interventions for community mental health treatment, models for integration of behavioral health services and multi-disciplinary training to improve services for underserved young people.

Sarah M. Edwards, D.O., Assistant Professor: Dr. Edwards is a board certified child and adolescent psychiatrist and Program Director of the Child and Adolescent Psychiatry Fellowship Program. She has special interests in early childhood mental health, complex trauma, and treatment of underserved populations. She earned her undergraduate degree in psychology from Northwestern University and her medical degree from Midwestern University (Chicago College of Osteopathic Medicine). Dr. Edwards subsequently completed her residency in general psychiatry from the University of Maryland/Sheppard Pratt program. She completed a fellowship in child and adolescent psychiatry at University of Maryland Medical Center, where she also served as chief resident. From 2010-2013, she was the Associate Director of Training and Education for the Child and Adolescent Psychiatry Fellowship Program, with an appointment to Program Director in 2013. Her work in graduate medical education is focused on training physicians in an outcome-based system of assessment and on implementation of ACGME's Next Accreditation System. In her clinical work, Dr. Edwards serves as the Medical Director of the Child and Adolescent Psychiatry Hospital and Ambulatory Services, which includes the inpatient and child partial programs, the hospital consult-liaison program and the ambulatory clinics.