For many people, the first inkling they have multiple sclerosis is visual.

In fact, for up to half of MS patients, a visual problem is the first symptom. And almost all MS patients will have some type of visual disturbance in their lifetimes.

Double vision is common because MS keeps the eyes from working together. Patients also may have trouble reading or watching television because the image shakes. One of the most common vision issues for people with MS is optic neuritis, which can cause loss of vision in one eye.

As the name multiple sclerosis implies, patients experience multiple events at multiple times. That’s called attack, relapse and exacerbation. Any individual system may get better within weeks or months, but then other symptoms develop.

What is a neuro-ophthalmologist?

Ophthalmologists treat eye and visual problems, and neurologists deal with issues of the brain. A neuro-ophthalmologist is in the middle, handling brain issues that affect vision.

Neuro-ophthalmologists treat many vision disorders in addition to those associated with MS. For instance, stroke, aneurysms and brain tumors can all present with visual problems.

The UM Center for Multiple Sclerosis Treatment and Research works closely with neuro-ophthalmologists at the University of Maryland School of Medicine’s Department of Ophthalmology to treat visual disorders in our patients.

What is optic neuritis and how does it affect patients with MS?

Optic neuritis is a specific kind of inflammation of the optic nerve. The optic nerve is like a cable that connects the eyes, which take in visual information, to the brain, which processes it.

If the optic nerve becomes inflamed due to multiple sclerosis, we refer to that as optic neuritis. However, it is possible to have optic neuritis without MS.

Optic neuritis usually gets better on its own. However, we frequently treat it steroids because they offer instant relief.

How would you determine if optic neuritis is due to MS or another cause?

If you have optic neuritis, you could have multiple sclerosis. However, an MS patient typically has multiple episodes over time. With a single event, the question is whether you will go on to have other issues.

To aid in diagnosis, we often use an MRI, a non-invasive way to image the brain. If your MRI shows that you have optic neuritis with white spots that look like plaque, then you're at higher risk of developing MS than if you had a normal MRI.

If someone is having a sudden onset of vision problems, is it an urgent situation requiring treatment from a specialist?

Toggle accordion item
Absolutely. Most patients will visit their eye doctor first but should see a neurologist if it looks like you have optic neuritis. Sometimes, optic neuritis signals MS, and the earlier you're treated for MS, the better. If you are experiencing visual symptoms that could be optic neuritis, you should see a doctor.

How do the eyes and brain work together to enable us to see?

Humans have two eyes that work like cameras, but there's a lot of neurologic machinery processing the images. Visual images travel from the eye through the optic nerves, radiating through most of the lobes of the brain, all the way to the visual center.

Imagine if you had two different cameras. You would have to make sure they're pointing at the same thing, or you will see more than one image. Vision involves coordinating the eyes, which are each taking in two slightly different images, and putting them together so we see only one image.

Why do headaches and migraine headaches sometimes cause visual disturbances?

A migraine is a neurologic brain phenomenon that is often associated with visual disturbances and headache. Visual symptoms such as blurring, sparkles, flashes or zigzags are often the early warning signs of the classic migraine.

Sometimes, though, people can have just the visual symptoms without the pain. This is called an acephalgic migraine.

What are some other neurological conditions that can lead to vision changes?

A common one would be stroke. Also, aneurysms or brain tumors can cause vision changes. Even a brain infection, if it affects the right part of the brain, can result in visual problems.

The first stop for someone experiencing issues with their vision is their eye doctor.  Neuro-ophthalmologists focus on visual problems due to brain issues. If the eye doctor sees that everything in the eye itself appears fine, then you should consider the possibility that the visual problem is a due to a neurologic cause.

Many people experience trouble with their vision as they get older, is this part of normal aging?

Yes, it's called presbyopia. You can move a camera lens to bring images into focus. Our eyes don't have the ability to move their lenses, which are made of a clear and flexible material. However, our eyes do have a muscle that changes the shape of the eye and thus lens.

Once you hit age 40, though, the lens doesn't want to change shape as much. Most people have more trouble focusing on things up close. That's when people start wearing reading glasses, which are really just magnifiers. If you're nearsighted and lived your life wearing glasses, you may discover that you can take your glasses off to see things up close. 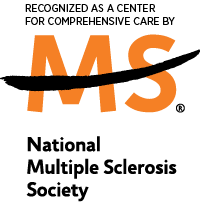