On October 17th my husband and I called 911 for our 3 month old who was in clear respiratory distress. The ambulance took our son to upper Chesapeake immediately as a priority 1 patient. Upon arrival, there were at least 20 people in his room. The one person who stood out was Deb Youngsworth. She was the main nurse assigned to him and she never once paused. She worked with a sense of urgency providing life saving measures and also trying to console us while she gave him a chance to fight. Our son Brady was only there for 2 hours until he was transported to Johns Hopkins and placed on Ecmo after learning he had aspiration bilateral pneumonia and was in septic shock. I will never forget debs face, how hard she worked or the words she spoke that night. Because of her our son is making a recovery at Hopkins and she gave him a chance to fight when his entire body began failing him. UCMC might not have the equipment to save him themselves, but you never would've known that with how hard she worked. His entire bed sheet was filled with marker from notes, medication doses and information. They intubated him and then manually bagged him until Hopkins got there among many other things. Deb was extremely compassionate, she consoled us, rubbed my back as I cried standing over his bed, walked us out to our car as Hopkins was taking him out and followed along with his progress cheering him on from afar. I'm not the best with words, but she was the example of a phenomenal nurse who goes above and beyond for not only her patients but there families and I truly believe because of her hard work and fast reaction time she is the reason our son had a chance to recover. My husband and I will never forget her, and I don't think anyone could be more deserving of this award. 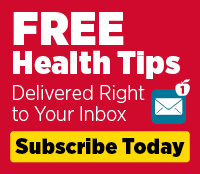