UMMC is one of a few centers to remove useless kidneys and perform kidney transplant in one operation. 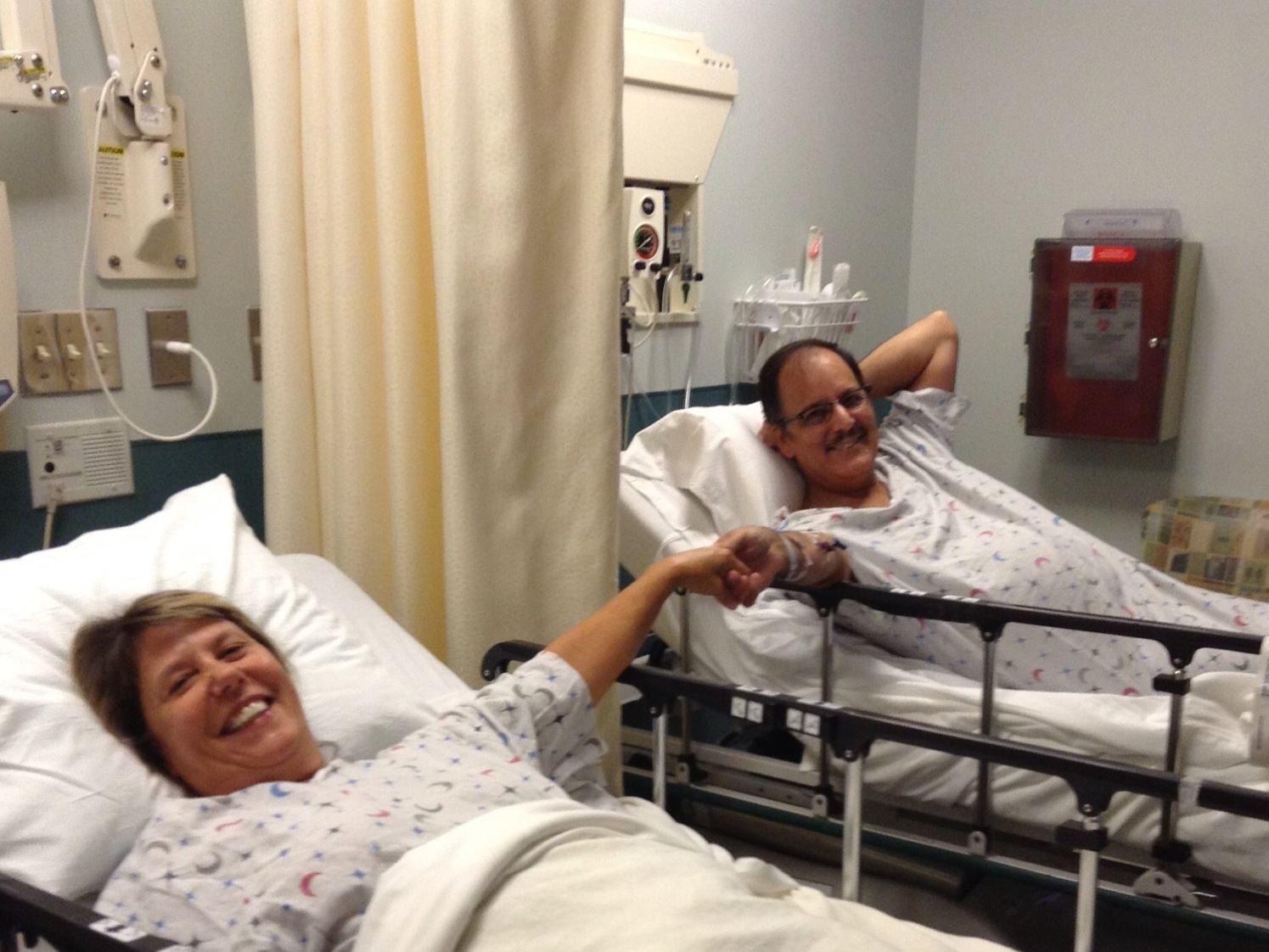 Eight people in Peter Micca's family have had kidney transplants all due to polycystic kidney disease (PKD), a genetic condition that causes cysts to form on the kidneys until the kidneys stop functioning. Peter's siblings had been diagnosed as teenagers in the 1970s, but Peter was told he didn't have the disease.

It wasn't until his 30s that Peter was diagnosed with late onset polycystic kidney disease. After his diagnosis, he lived without any symptoms for 20 years. Then two years ago, Peter's belly started growing visibly larger, and he began to experience the first signs of PKD. His enlarged kidneys caused his abdomen to extend so much that he had trouble bending at the waist. He held his breath when he needed to bend to tie his shoes. Bending to work in his garden became more of a chore than a hobby.

Peter continued to work a full day at his job in Rochester, New York and then have 10 hours of dialysis each night. He was exhausted.

Peter was excited about the possibility of removing the useless kidneys that were cramping his quality of life. He also learned that the wait time at UMMC was shorter for O+ recipients than the transplant centers near his home in Rochester.

Wendy Micca, Peter's loving wife of 22 years, turned out to be a match for Peter both in life and body. At 57 years old, Wendy underwent a thorough physical exam with the UMMC transplant team and received a clean bill of health to proceed with the donation to her husband.

Wendy's kidney was removed through a single incision in her belly button on August 21. While Wendy was in her donation surgery, Dr. Michael Phelan was removing Peter's enlarged polycystic kidneys, which had invaded his abdomen and become connected to his liver and other organs. The nephrectomies were complicated. Each of Peter’s kidneys weighed between eight and 10 pounds after they were removed. Once the lifeless kidneys were out, Dr. Jonathan Bromberg, chief of the Division of Transplantation, transplanted Wendy's kidney into Peter.

Peter and Wendy spent a month in Baltimore following their surgeries. They attended all their follow-up appointments at the transplant clinic and have had a smooth recovery since their surgery. Peter wants to thank "the doctors and nurses, Drs. Phelan and Bromberg, and everyone who took care of me after my transplant. They changed my life."

The Miccas know the journey from Rochester, NY to Baltimore was worth it. Peter's life of dialysis is over, and he can finally bend over to tie his shoes without holding his breath.