For the voice box (larynx) to work properly, the vocal folds need to move normally. The larynx is responsible for four major duties:

When you become aware of any negative change in your voice, please call the University of Maryland Professional Voice Program at 410-328-6866.

How Does the Physician Diagnose Me?

What Evaluation is Involved Once the Diagnosis is Made?

When a movement disorder has been confirmed, it is very important, in the evaluation of an individual that has a vocal fold that does not move normally, to try to find out if there is any treatable reason why this has occurred. In over 25 percent of cases, this happens for unknown reasons (physicians will term this idiopathic paralysis), although most experts feel that it may be due to a viral infection of the nerve to the larynx (Bell's palsy and sudden hearing loss can also be "idiopathic" causes of nerve dysfunction, the nerve to the facial muscles and the hearing nerve -- and research suggests that these diseases may also be due to a viral insult to the nerve).

Other reasons for nerve dysfunction may be a tumor or mass along the course of the nerve, a neurologic disease, trauma to the neck, or damage during surgery to adjacent organs such as the thyroid gland or the heart or lungs (the nerve to the larynx on the left side is very long and loops around the aorta in the chest, and this nerve can be damaged during cardiac or pulmonary surgery).

For this reason, radiologic studies or blood studies may be ordered. Another reason for nerve dysfunction may be damage to the joints that move the vocal fold from arthritis, trauma, or even intubation from previous surgeries. Your physician may wish to test the mobility the joint that moves the vocal fold; this can be done through your mouth with special instruments either while awake or asleep.

In either case, sometimes the nerve can heal and some or all of the motion may return. To help physicians confirm nerve damage and predict whether there is some hope of return of function, they may perform nerve testing of the larynx called Laryngeal Electromyography (LEMG).

Your physician may order radiologic studies, blood studies or nerve studies. Additionally s/he may wish to "palpate" the joint that moves the vocal fold to see if there is any mechanical fixation.

What Can Be Done to Make My Voice Better?

In general, there are four types of procedures that can be performed to give a "crutch" to a paralyzed vocal fold. Remember that none of these procedures will restore movement to the vocal fold, but they will help the vocal folds close properly during speech and swallowing. Often the voice will sound normal or very close to normal, although very demanding vocal users -- such as singers -- may not regain their full range.

A substance with a paste or gel-like consistency is injected into the paralyzed vocal fold to "bulk" it up and help to push the edge of the paralyzed vocal fold towards the normal vocal fold to allow improved closure during speech, swallowing and coughing. Most of the substances are temporary in nature, and usually are similar or the same materials that are used in cosmetic procedures to plump lips or remove lines from the face. There are some more lasting substances, but these are newer on the market. These procedures are fast and can be done either awake in clinic or in the operating room. The injection can be performed with curved instruments through the mouth, or with a needle placed through the skin or the neck. The injection usually lasts from one to three months, although some individuals achieve seemingly permanent improvement from this procedure.

A permanent wedge of material is placed deep to the vocal fold to push it to midline. Because the material is placed through the "thyroid cartilage," which is the wall of the voice box, it is called a thyroplasty. This procedure is usually done under local anesthesia in the operating room. An incision is made in the neck skin; a small rectangular hole is made in the thyroid cartilage with a scalpel or a dental drill just over the vocal fold. Then a permanent bio-compatible substance is placed through the hole to push over the vocal fold and secured into place. This material can be silastic, metal, ceramic, or GORE-TEX. The procedure is done awake so that the surgeon will know exactly what size and where to place the implant using the patient's voice as vocal feedback. Usually this procedure takes two hours. The surgeon will often place a flexible nasolaryngoscope into the nose and suspend this over the patients head; in this manner s/he can both see the inside and the outside of the voice box at the same time. A small drain will be inserted to wick away any fluid, and the patient will stay overnight. Complications are rare but include trouble breathing, infection, bleeding and poor voice, requiring further procedures or revision.

This procedure, usually done in combination with the thyroplasty procedure, works the joint of the vocal fold. The joint is stabilized with a suture to keep the vocal fold in the proper position for good speaking and swallowing. This part of the procedure is more demanding, although it has the same complications as the thyroplasty procedure, including the possibility of perforating the mucosa of the larynx area. Sometimes, if this happens, the procedure must be aborted to allow the perforation to heal.

Although this procedure sounds like replacement of the nerve, remember that none of these procedures restore movement. The purpose of this procedure is to maintain the proper health of the vocal fold muscle despite the nerve injury. So, just like an individual that has had nerve injury to their arm or leg, several years later that extremity is much smaller that the healthy one due to "atrophy" of the muscle. Individuals with a vocal fold paralysis can experience loss of the vocal muscle due to atrophy after loss of nerve signals. This is a more complicated procedure and is only done in certain cases.

What Happens After the Procedure?

Often you will be on voice rest for several days. This will vary depending on the procedure. Also, your voice may be better immediately after the procedure and get markedly worse the next day -- this is normal and due to swelling. 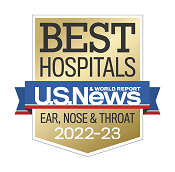