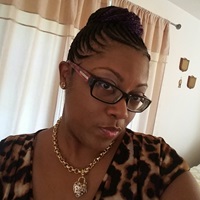 Nakia Jackson has always been very adaptable. When she was diagnosed with type 1 diabetes in the 9th grade, she got used to taking insulin and pricking herself multiple times a day to check her levels. She was perfectly fine knowing that she'd have to do this for the rest of her life.

When her still uncontrolled sugar consumption led to her kidney failure seven years ago, she kept living life with her husband and two children. She never thought kidney failure would slow her down. When she learned she would have to start dialysis two years ago, at the age of 39, she was shocked and hesitant, but ultimately became used to yet another facet of her life.

She went to the dialysis clinic for four hours at a time, three days a week for those two years. Just like managing her diabetes, Nakia became used to dialysis. She started calling dialysis her full time job, saying she was "going to work" when she went to the clinic. Her nurses were her coworkers. For the two years Nakia was on dialysis, she was also waiting on the list for a kidney transplant, but she hadn't received a single call. 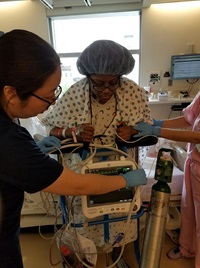 As Nakia's condition worsened, her nephrologist referred her to UMMC, which is known for its top-notch care for patients with kidney failure. Nakia decided to come in for a regular checkup. At her appointment, she learned that there was a way to get a kidney transplant faster and cure her diabetes. A pancreas transplant could end Nakia's years of waiting. It seemed too good to be true, but she gave it a shot and was listed for a pancreas transplant.

Her entire care team at UMMC welcomed her with open arms. They answered her questions in a way she could understand and made sure that she and her husband, Shawn, were comfortable.

"They made me feel like it was all going to be just fine, so I had no worries," Nakia said. "They even got me up to walk around."

Nakia was transplanted and discharged from the hospital in six days.

The past two years waiting for a kidney were tough on Nakia and her family, but she never gave up. Shawn and their two children wouldn't let her! Shawn was like her doctor; he went to all of her appointments with her and made sure they both understood the treatment plans. Now, post-transplant, Shawn cooks, does work around the house and helps her take her medicine. Throughout the waiting process, he reassured Nakia that it was worth it, a fact with which she now wholeheartedly agrees. 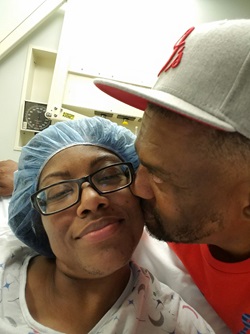 "I didn't think [transplant] would be the cure that it was. I thought I'd be doing the same thing, but it would be a little better. It's been better that I ever imagined," Nakia said.

By listing herself on the pancreas transplant list, Nakia received a pancreas and a kidney faster than she would have received a kidney alone. She wholeheartedly recommends transplant for anyone struggling with diabetes and kidney failure. Although she has to take anti-rejection pills every day for the rest of her life, she is off insulin and only pricks herself once a day to check her sugar levels.

This is the type of life Nakia is happy to get used to.