History of the Shock Trauma Center 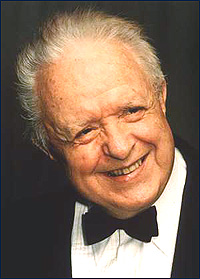 The work of R Adams Cowley, MD, was as vital to him as oxygen is to the bloodstream. It energized him and was the focus of his days. It also directed medical history and redirected the lives of thousands of trauma victims who otherwise would probably have died. And it was his pioneering work in open-heart surgery, in trauma and emergency medical services system development for which he was remembered and praised following his death on October 27, 1991.

The pursuit of his vision -- that the primary purpose of medicine was to save lives, that every critically ill or injured person had the "right to the best medical care, according to the state of the art and not according to location, severity of injury or ability to pay" -- creating a model trauma center and EMS system embodying that vision were often filled with moments of intensity, conflict and high drama.

Dr. Cowley was a pioneer in open-heart surgery in the U.S., performing operations before the heart-lung machine was widely used. He was an expert in his field and known for his innovative procedures using transistorized monitoring devices and artificial materials. Despite the expertise and the success of his operations, patients were dying from shock, not always immediately but sometimes within days or weeks. Dr. Cowley later called shock "a momentary pause in the act of death," a process that once set in motion was irreversible. Dr. Cowley's goal was to make it reversible.

After many years of research and discussion, the Army awarded Dr. Cowley a contract for $100,000 to study shock in people. He developed the first clinical shock trauma unit in the nation; the unit consisted of two beds (later four beds). By 1960, staff was trained and equipment was in place. Patients began to "trickle in" referred by other physicians -- but they came in dying. And, in fact, many people called the four-bed unit the "death lab." Dr. Cowley and his staff were able to save some of those patients, getting them through the critical phase and then returning them to their own physicians.

Gradually, the "Golden Hour" theory was emerging based on the importance of speed as well as skill in operating procedures. As he explained in an interview: "There is a golden hour between life and death. If you are critically injured you have less than 60 minutes to survive. You might not die right then; it may be three days or two weeks later -- but something has happened in your body that is irreparable."

In 1968 Dr. Cowley negotiated to have patients brought in by military helicopter to get patients to the shock trauma unit more quickly. After much discussion with the Maryland State Police, the first medevac transport occurred in 1969 after the opening of the five-story, 32-bed Center for the Study of Trauma.

In 1970, Dr. Cowley expanded his dream, feeling that not a single patient should be denied the state-of-the-art treatment available at his trauma center in Baltimore. He envisioned a statewide system of care funded by the state of Maryland available to anyone who needed it.

His dream became a reality with the intervention of former Governor Marvin Mandel. Governor Mandel became interested in Dr. Cowley's program when a close friend was severely injured in a car crash. In 1973, the Governor issued an executive order establishing the Center for the Study of Trauma as the Maryland Institute for Emergency Medicine. The order simultaneously created the Division of Emergency Medical Services. Dr. Cowley was appointed as director. 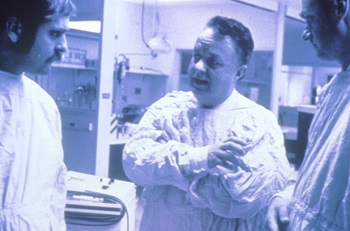 Maryland had the first statewide EMS system, and it, like the Shock Trauma Center, has become a model worldwide. The years from 1973 to present were filled with revolution and evolution. Prior to 1973, ambulance services consisted of vehicles with little medical equipment operated by personnel who would load the patient and transport to the nearest hospital emergency room. Too often these emergency rooms were not appropriately equipped or staffed for the patient's injuries. Today, there are more than 600 well-equipped emergency ambulances, 11 public service medevac helicopters, and more than 27,000 volunteer and career prehospital providers. These prehospital providers follow state protocols in treating and transporting patients in the field. Such protocols, in the early 70's, were reserved for physicians.

The system that Dr. Cowley built is based on the voluntary cooperation of physicians, nurses, hospital administrators, ambulance services, fire departments, and law enforcement, as well as government officials and agency personnel.

Because this system for emergency care delivery was radical, voluntary cooperation did not always come easily. Dr. Cowley persisted with his vision, testifying before legislators and fighting for funding for communications equipment, additional helicopters and anything else needed to build the EMS system.

The fruits of Dr. Cowley's work are everywhere. Prehospital providers, physicians and nurses have expanded their medical skills in trauma and emergency medicine. Emergency medicine has become a discipline of its own, due in large part to him. Hundreds of medical personnel have trained at the Shock Trauma Center and then applied their training experience to start and develop trauma and EMS systems in other states and countries. An eight-story state-of-the-art trauma center named after Dr. Cowley opened in 1989 and combines the highest level of patient care and teaching with research, leading to advances in therapy for the critically injured. This institute also focuses on trauma prevention, injury control and public policy as a way of saving lives. And most important are the thousands of trauma victims alive today who are a living testimony to his dedicated work.

Dr. Cowley demanded loyalty, dedication, skill and hard work. He demanded it of those who worked for him and he demanded it of himself. He never gave up the vision that he believed in. Nothing was impossible to him. He wanted the critically ill and injured to survive and he moved mountains to make it possible. Dr. Cowley wanted the very best for the citizens of Maryland.