Summary: Ryan Huff was diagnosed with cleft lip and palate before he was born, when his mother was seven months pregnant. She was referred to Dr. Ronald Silverman, at the University of Maryland Medical Center. In the first year of his life Ryan had three surgeries to repair his lip. After the surgeries Ryan's father, Gene, said "the difference was dramatic." Gene talks more about Ryan's experience below.

How was Ryan diagnosed?

When my wife went for a sonogram when she was seven months pregnant, the sonographer picked up on the cleft lip and palate (birth defect of the upper lip and roof of the mouth). Then they sent us to the University of Maryland Medical Center for a 3-D sonogram. From there we were referred to Dr. Silverman for a consult.

What happened when you went to see Dr. Silverman?

He explained the procedure. Ryan would have three surgeries in his first year:

I felt absolutely confident with Dr. Silverman. He made us feel comfortable with what he was going to do, so much so that we didn't get a second opinion. 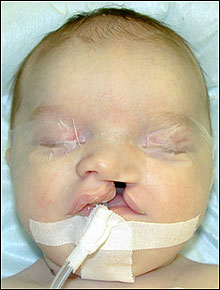 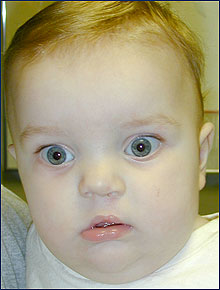 What did you think of the results of Ryan's Surgery?

After the surgery there was a huge change in Ryan's appearance. After the first surgery, the difference was dramatic, wonderful. The only time you notice the scar is if you look at him in a mirror. Ryan's been absolutely great. The results were awesome. Most people don't even realize he had any surgery. In my opinion, it was the absolute right choice.

How is Ryan doing now?

Ryan is 6 years old now. He doesn't remember the surgery. He is in speech therapy and he's come a long way. He didn't start speaking until he was 2 years old. He did speech therapy in Towson and now gets it through school. Once or twice a year, Ryan sees Dr. Silverman for follow-up visits.

Would you recommend Dr. Silverman to others?

Dr. Silverman was great. What I liked was the confidence in his attitude, and his assurance that everything would be fine. He made us feel comfortable. I had no idea what to expect. He was reassuring and he made me feel that he could do what he needed to do to make it right.

I'd recommend him to others, absolutely. If I had to do it over again, he's the only one I'd go to. What he did with Ryan was absolutely phenomenal. He exceeded all of my expectations.