Artist George Goebel first noticed a strange ringing sensation in his ears in December 2007. His ENT referred him to Dr. David Eisenman at the University of Maryland Medical Center, a specialist in treating disorders of the inner ear. After successfully treating George for endolymphatic hydrops, Dr. Eisenman recommended George meet with an audiologist to begin treatment for tinnitus, the condition causing the ringing in his ears. Read his success story below.

The first time that I noticed my tinnitus was Christmas Eve in 2007. I was listening to music, and I noticed that certain notes began to cause a simultaneous ringing in my right ear. At first I thought it might be my stereo speakers, until I engaged in a conversation with my wife a few minutes later and discovered that my own voice set the ringing off when I would pronounce certain vowel sounds. I wondered what was going on.

By New Years Day, I was in bad shape. My ear was all I could think of -- I couldn't have a conversation with anybody without being distracted by the ringing in my ear. I'm an artist and art teacher by profession. Trying to lecture and teach art with my ringing ear was maddening. I stopped listening to music because it made my ear ring. This was horrible because music is second in my life next to my art. I stopped painting because I had no energy for it. Everything revolved around my ringing ear. I was anxious and becoming depressed.

I went to see my doctor, but there wasn't much he could do. Instead, he suggested that I go see my ENT. After listening to me describe my symptoms, my ENT ordered an MRI to rule out any possibility of a tumor. The MRI results came back normal, and he advised me to see Dr. David Eisenman at the University Maryland Medical Center who specializes in disorders of the inner ear.

When I finally saw Dr. Eisenman in March, he ordered a CT scan and a round of tests to see what was going on in my inner ears. Some of those tests were quite unpleasant, but they did show that I had a condition known as endolymphatic hydrops, which is a chemical imbalance of the inner ear where fluid in the ear moves into a place where it doesn't belong. Too much salt in the diet can be one culprit, and I was certainly guilty of excessive salt intake, being a great lover of deli dill pickles.

Dr. Eisenman educated me in the correct amount of salt that I should be taking in daily and put me on a medication that would help me eliminate excess water retained in my body caused by the excessive salt. He also recommended that I make an appointment with an audiologist who specializes in tinnitus treatment at the University of Maryland Tinnitus and Hyperacusis Program. He felt that the program would be very helpful in teaching me how to cope with the tinnitus that had disrupted my life.

When my appointment finally arrived, I realized it was probably my last chance at gaining some control over my condition. Her first step was to give me one of the most comprehensive hearing tests I'd ever had. This test helps to determine the approximate noise level of a patient's particular tinnitus and how much hearing loss a person has. Hearing loss and tinnitus usually go hand-in-hand, and the tests showed that I had hearing loss in both ears.

After the hearing test was over, I was asked to fill out a questionnaire that would determine the level of my disability. This would be used as a guide to determine the progress of my treatment over the next few months. The audiologist explained exactly what tinnitus is and that it is possible, because of the plasticity of the human brain, to retrain it away from the negative effects of the tinnitus. She explained the cost and treatment process and gave me a choice between two devices that you wear in your ears. One device plays low level ambient music and the other generates white noise at a level that can be adjusted. I opted for the noise generators.

Within a month I was starting to feel relief. With the aid of the generators and some positive feelings that were coming deep from within me, the situation was starting to turn around for the better. I started getting up early, doing artwork, listening to music and engaged in living again. I was starting to ignore the ringing in my ears which I never thought would be possible. Over the months that followed, I did have some setbacks, but I gradually made progress and by March 2009, my treatment was a success.

Although I still have the ringing in my ears when I talk, my mind is not locked around it like before. I'm totally acclimated to it. It's just another life scar. 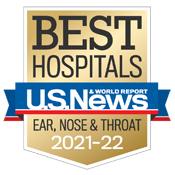