Eosinophilic esophagitis (EoE) is a newly recognized disease that is associated with soreness and swelling of the esophagus (the swallowing tube between the mouth and stomach). The swelling is due to inflammation from eosinophils which are not usually found in the esophagus.

Eosinophils are white blood cells which are also referred to as "allergy cells" since they are frequently associated with allergic inflammation. Eosinophils are not usually found in the esophagus, but can be found in other parts of the digestive system or gut because they can help fight infections from parasites as well.

If you think your child may have EoE, contact your primary care physician and discuss your child's symptoms. He or she may decide to refer your child to a Gastroenterologist and/or Allergist.

Symptoms and Diagnosis of Eosinophilic Esophagitis

The only way to find out if your child has the allergy cells in the esophagus is to do an endoscopy (a test under anesthesia using a light with a camera to look into the esophagus) and take biopsies (tissue samples) from the esophagus. This has to be done by a Gastroenterologist, also known as a GI doctor (a doctor who specializes in problems of the stomach).

Learn more about testing we perform for eosinophilic esophagitis.

There are two main ways to treat EoE:

Because EoE can be caused by food allergies, the Allergists may do allergy testing to find out if your child is allergic to any foods. There are 2 types of diets that Allergists use for EoE patients: the elimination diet and the elemental diet.

What is the elimination diet?

The elimination diet is a restricted diet. Your child may be asked to avoid particular foods that may be causing the eosinophils to be present in the esophagus. These food allergies are usually identified by Allergists doing different types of allergy testing. If your child is allergic to many foods which need to be eliminated, a dietitian will help make sure your child is getting the necessary appropriate nutrition.

What is the elemental diet?

The elemental diet consists of a hypoallergenic highly specialized, nutritionally complete formula as the only source of food. These formulas have amino acids which are the building blocks of proteins so there are no whole or partial proteins that may lead to food allergy and hence, EoE. They also have fats, sugars, vitamins and minerals to provide all of the calories and nutrition your child needs. The elemental diet may be used if the elimination diet does not work. In some instances, patients on the elimination diet may have so many food restrictions, that they may require this formula as a supplement to meet all of their nutritional needs.

Because reflux can cause EoE and EoE can cause reflux symptoms, we usually recommend our patients take medications for reflux. Sometimes we may give medications to help with symptoms of food getting stuck in the esophagus. This may include steroids by mouth (but only for a brief period) or a steroid inhaler used for asthma that the child swallows instead of inhales. After the swallowed steroid is given for 3 months, the Gastroenterologist may want to repeat the endoscopy to see if the eosinophils are still present.

Yes, after foods are reintroduced into the diet, EoE can come back which is why the Gastroenterologist may need to perform endoscopy with biopsy periodically when foods are being reintroduced.

Do children ever outgrow EoE?

What are the long-term effects of EoE?

Some children may not completely outgrow their EoE and food allergies so they will continue to be followed by the Gastroenterologists and Allergists. Regardless, your child should be able to lead a normal life. We don't know all of the long-term effects of EoE, but studies do not show that these children develop cancer of the esophagus. If not treated, patients may develop strictures (narrowing or tightening of the esophagus) that cause swallowing difficulties. 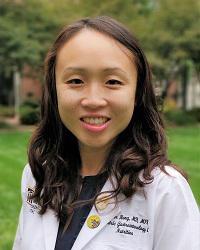 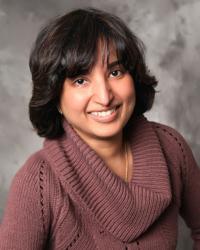