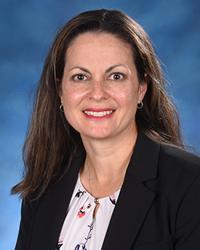 About Madeline A. Dick-Biascoechea, MD

Dr. Dick-Biascoechea offers services in the evaluation and treatment of patients with female pelvic floor disorders such as urinary incontinence, pelvic organ prolapse and fecal incontinence. She has expertise in vaginal surgery and minimally invasive techniques such as laparoscopic and robotic surgery for the treatment of these disorders. She has special interest in the correction of genital fistulas and bowel dysfunction.

Dr. Dick-Biascoechea is an active member of the American Congress of Obstetrics and Gynecology (ACOG), the American Urogynecologic Society (AUGS), and the Association of Professors of Gynecology and Obstetrics. She has published scientific papers and presented her research at multiple national meetings including those organized by ACOG; AUGS; the Society of Urodynamics, Female Pelvic Medicine and Urogenital Reconstruction; and the Society for Gynecological Investigation. Her research interests include bowel dysfunction, health disparities and obstacles to specialty care.