Patients with anemia can have symptoms that may vary depending on the age of the patient.

Some causes of anemia are listed below in the following categories:

The symptoms of anemia can be very vague and difficult to figure out so most doctors will order testing which screens for anemia.

The blood count measures the hemoglobin which is the substance in red blood cells that binds to oxygen. Hemoglobin uses iron to bind to the oxygen and transport the oxygen to your organs where the oxygen is released and keeps our organs healthy. The CBC also looks at the size of the red blood cell which helps the doctor determine what may be causing the anemia.

It is very important to eat a diet that is well balanced and not avoid certain food groups. For instance, iron rich foods include meats, beans, spinach, fortified cereals and breads. Vitamin B12 is also found in meat and dairy products as well as eggs. Folic acid is in several fruits and vegetables like broccoli, spinach, and oranges.

If you or someone you know is concerned that their child has anemia, please feel free to contact our office at 410-328-2808. We are more than happy to help figure out if your child has anemia. 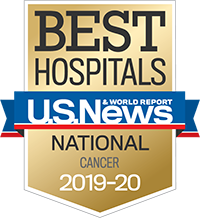