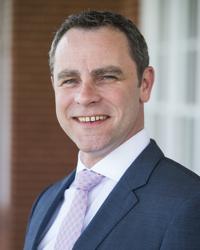 Dr. Warburton trained in oral and maxillofacial surgery in the United Kingdom and completed his training at the University of Maryland Medical Center and the R Adams Cowley Shock Trauma Center.

Prior to coming to the UMMC, he earned his dental surgery and medical degrees from Manchester University in the United Kingdom, where he obtained numerous academic honors and awards including the Alpha Omega Prize for Clinical Excellence. He is a fellow of the American College of Surgeons and a fellow of the faculty of Dental Surgery of the Royal College of Surgeons of England.

In addition to his oral and maxillofacial surgery training on both sides of the Atlantic Ocean, he has completed a fellowship in clinical research at the National Institutes of Health and has numerous publications. He holds a faculty appointment at UMMC, where he is residency program director, and he is the chief of maxillofacial trauma at Sinai Hospital.

Department of Oral and Maxillofacial Surgery