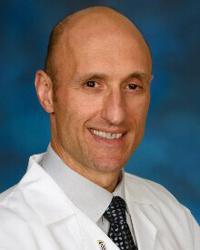 Dr. Regine is considered a national and international expert in the area of GI and CNS malignancies, as well as in the use of stereotactic radiosurgery.

He is the Isadore and Fannie Schneider Foxman Chairman and Professor of Radiation Oncology at the University of Maryland, ranked top five in the country by the National Institutes of Health (NIH).

A graduate of the State University Health and Science School of Medicine in Syracuse NY, Dr. Regine obtained his training at Thomas Jefferson University Hospital in Philadelphia where he also completed a radiation oncology fellowship in Gastrointestinal and head and neck malignancies (inclusive of training at the University of Florida).

His first faculty appointment was at St. Jude's Children's Cancer Research Hospital where, as a clinical investigator, he helped redefined new standards of care for children with rhabdomyosarcomas. After two years at St. Jude's, he dedicated his career to clinical research in adult cancer patients.

He is co-editor Principles and Practices of Stereotactic Radiosurgery, the first comprehensive textbook of its kind.

In addition, he is also a member of the GI and Brain Tumor steering committees for the NRG Oncology and was the chairman of the GI section of the National Oral Board examination for trainees in radiation oncology.

Dr. Regine was named a "Top Doctor" in the specialty of Radiation Oncology by Baltimore magazine and "Super Doctor" in Mid-Atlantic by Washington Post Magazine for multiple years. In 2016, he was given the Entrepreneur of the Year Award by the University of Maryland Baltimore, and in 2018, he was elected President of the University of Maryland Medical Center Medical Staff Organization.