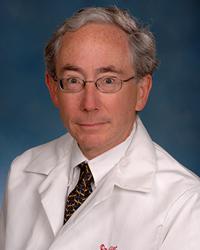 Dr. Weir's primary research interests include the use of antihypertensive therapy for the treatment of diabetic nephropathy, hypertensive renal injury in African Americans and preventing allograft nephropathy in transplant recipients. Special interests include cardiovascular disease associated with chronic kidney disease. He has written more than 450 manuscripts and book chapters about these topics. He has edited four books, including "Medical Management of Kidney Transplantation" and "Hypertension." He has presented at numerous international scientific association meetings, hospitals and medical schools.

Dr. Weir received his medical degree from the University of Virginia, Charlottesville. He completed his internship and residency programs in medicine at the Waterbury and Yale-New Haven Hospitals in Connecticut, and completed his nephrology training at the Brigham and Women's Hospital, Harvard Medical School, in Boston, Massachusetts. He then moved to the University of Maryland where he has been a full time faculty member since 1983.

Dr. Weir was named a "Top Doctor" in the specialty of Nephrology by Baltimore magazine in 2016.