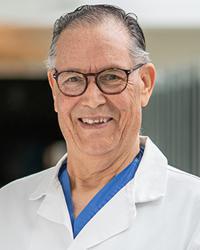 Dr. Aarabi serves as the Director of Neurotrauma at the University of Maryland Medical Center and the R Adams Cowley Shock Trauma Center, a position he has held since 2000. He is an expert in neurotrauma, including cervical spine and traumatic brain injuries.  He is also interested in degenerative cervical spine problems.

Born and educated in Iran, he came to the United States in 1973 for a surgical internship at Cook County Hospital on Chicago. This was followed by neurosurgery training at Johns Hopkins. Dr. Aarabi then moved back to Iran but returned to the US in 1995 when he accepted a faculty position at University of Nebraska School of Medicine. Five years later he came to Baltimore.