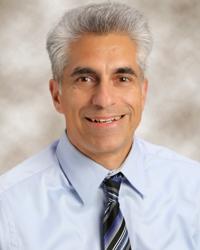 Alexander R. Aurora, MD, FACS, MSc is a board certified Fellow of the American College of Surgeons with expertise in advanced minimally invasive surgery for both general and bariatric procedures. He received his Bachelors at McGill University in Montreal and his Masters degree at University of Ottawa. With dual citizenship between Canada and Switzerland, he attended the University of Lausanne (in Switzerland) where he earned his medical degree and started his surgical training.

He performs more than 95% of his cases laparoscopically including ventral, inguinal and hiatal hernia repair, cholecystectomy, colon resection, and bariatric procedures. He also is the only surgeon in the region who performs his own upper endoscopies and colonoscopies on a regular basis.  Fluent in both English and French, Dr. Aurora also speaks some German and Romanian. He has significant interest in surgical technology and improving patient care and safety. He has been part of Upper Chesapeake Surgical Associates since 2011 and Director of Advanced Minimally Invasive Surgery and Bariatrics since 2017.