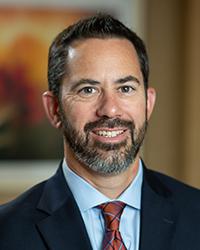 Dr. Mackey is a board certified surgeon specializing in hepatobiliary and pancreatic surgery.

He received his medical degree from the University of Maryland School of Medicine, and completed his residency training in general surgery, as well as his hepatobiliary and pancreatic surgery fellowship at the Cleveland Clinic.

His primary interests are benign and malignant diseases of the liver, pancreas, biliary system and gastrointestinal tract.

Dr. Mackey was named a “Top Doc” by Baltimore Magazine in 2010, 2011, and 2012 for Hepatobiliary and Pancreatic Surgery. He was also named among the “Top Up and Coming Surgeons” in 2013 by Washingtonian Magazine.