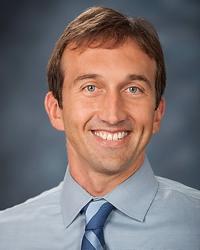 Dr. Vranic was born in Buffalo, NY, but grew up mostly as a beach bum in Clearwater, Florida. He studied English and American Literature as an undergraduate at Vanderbilt University, and even pursued graduate studies for a while before realizing his true calling was in Medicine. After finishing his fellowship training in Pulmonary/Critical Care at the University of Virginia, Dr. Vranic stayed on as faculty there for the last two years. His primary clinical/research focus while there was in Interstitial Lung Disease.

Dr. Vranic's wife, Madeleine, is an officer in the NOAA Corps. They both grew up on the water, him in Florida and her in Long Island, so they are both incredibly excited to be living near the ocean again. They've fallen in love with the Eastern Shore, and can't wait to do some more exploring by land and by kayak.