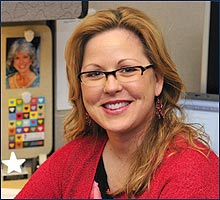 Stephanie Cosby calls herself the new "poster child" for getting a mammogram at age 40.

I've been a nurse for 10 years and used to work in a breast cancer screening program, so I knew how important it is to get a screening mammogram at age 40. Within days after my birthday, I'd scheduled the appointment. During the exam, the mammogram tech told me that I'd probably be called in again due to the density of my breasts.

When I returned for the follow up mammogram, they found a lump that no one had been able to feel, including myself during my monthly self-breast exams. A few days later I had a breast biopsy. I had to wait only 5 days (two of them were weekend days), but when you are waiting for the news you may have cancer, it can seem an eternity. On a Monday afternoon in August the radiologist called me and told me I had breast cancer.

The crazy thing was I felt healthier than I'd ever felt in my life. The lump could not be felt, the cancer was early stage and I had no signs and symptoms. I felt like I was completely ready to take on this opponent and win. I looked to the Internet for the most current types of treatment. Once I learned about cutting edge treatments, I researched area Breast Cancer Centers. I chose the Marlene and Stewart Greenebaum Cancer Center at the University of Maryland because of the types of treatment that I thought I wanted to pursue. Even before my first appointment with the Breast Cancer team, I had questions prepared to ask members of the team. Like most women, I was more interested in pursuing a lumpectomy with either chemo or radiation and was very interested in learning if I was a candidate for the MammoSite therapy.

During my multidisciplinary appointment, I met with the breast surgeon, the breast cancer coordinator, medical oncology, radiation therapy and plastic surgery teams. I peppered them each with many questions. I also met with a cancer center volunteer who had battled breast cancer and won. It was very reassuring to hear from someone who'd been there.

My breast surgeon outlined the options available to me and encouraged me take a few days to really consider the right choice for me. The choices based on my diagnosis were lumpectomy with radiation or mastectomy alone. I was really leaning towards lumpectomy and radiation, but then a life-altering event happened that would change everything. Fifteen days after I was diagnosed, my mother was diagnosed with metastatic breast cancer. Within a few hours I went from believing that I had no family history to having a mother and great-grandmother with breast cancer and a great uncle who'd died from prostate cancer (which can be genetically linked to the breast cancer gene.)

Armed with this new information, I met with a genetic counselor from the breast program. She looked into my family history, talked about my risk of recurrence and offered genetic testing for the breast cancer genes BRCA-1 and BRCA-2. It was yet more information to help me make my treatment decisions.

I chose to undergo a bilateral mastectomy with reconstruction. When I met with the plastic surgeon, he told me that he could use my own belly fat to reconstruct my breasts. This was truly amazing to me. I wanted to have a treatment that would allow me to continue through life not having to worry about recurrence.

My surgery last 14 hours; they told me this ahead of time, so it wasn't a surprise. The recovery period was about eight weeks. Outside of the usual side effects of recovering from surgery (no heavy lifting, take it easy, look for signs of infection), I experienced much less pain than I thought I'd have. The breast cancer team was very supportive and available for any concern I had. Best of all, I was declared cancer-free and had no need for any chemo, radiation, or any other medication.

At the start of this journey, I was determined that cancer was not going to change who I was or who I am. The hardest part of my experience was to focus on my own healing while being concerned for my mother's health. Sadly, she had waited too long to seek care for symptoms she was having and she died three weeks after my surgery. Walking the breast cancer path together, though, profoundly changed my life. I feel that in some way her diagnosis saved my life. And the Breast Cancer team at the University of Maryland had the treatments and technology to make it so. 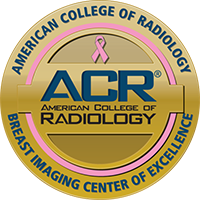