BALTIMORE – University of Maryland School of Medicine researchers are investigating a new approach to treat high-risk soft-tissue sarcomas by combining two immunotherapy drugs with radiation therapy to stimulate the immune system to destroy the main tumor as well as leftover microscopic cancer cells that may seed other tumors.

In this trial, patients with soft-tissue sarcomas that have a high risk of spreading will receive drugs called checkpoint inhibitors as well as radiation, before they undergo surgery to remove the tumor. The standard of care for treating soft-tissue sarcomas is radiation and surgery. Some oncologists add traditional chemotherapy, but it has limited effectiveness. 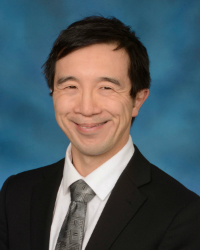 “Immunotherapy is revolutionizing how we treat other types of cancer, and we want to find out whether this treatment, combined with radiation, can also transform how we treat soft-tissue sarcomas," says the principal investigator, Vincent Y. Ng, MD, an assistant professor of orthopaedics at the University of Maryland School of Medicine. "The goal is to prime the immune system to recognize and destroy microscopic cancer cells that may have spread to other parts of the body."

"Currently, we can treat the main tumor with a high degree of success, but about 50 percent of patients will later develop metastatic disease, which is incurable," adds Dr. Ng, an orthopaedic oncologist with the Bone Cancer and Soft Tissue Sarcoma Service at the University of Maryland Marlene and Stewart Greenebaum Comprehensive Cancer Center.

There has not been a major breakthrough in treating soft-tissue sarcoma in several decades, according to Dr. Ng. "We urgently need an effective systemic treatment for soft-tissue sarcoma that can reduce the risk of metastasis and improve patients' survival," he says.

Researchers will evaluate the safety and effectiveness of the combination therapy and its impact on patients' survival.

About 12,000 cases of soft-tissue sarcoma – which can develop in fat, muscle, nerves, fibrous tissues, blood vessels, or deep skin tissues – are diagnosed in the United States each year. These sarcomas can be found anywhere in the body but most are on the arms and legs. Every year, nearly 5,000 adults and children die of the disease.

Patients enrolled in the study will receive two immunotherapy drugs, durvalumab and tremelimumab, in addition to the standard of care. "These agents are under investigation for lung and other cancers, but this is the first time they will be used together before surgery with radiation to treat patients with soft-tissue sarcomas,” Dr. Ng says.

"Radiation has been shown to induce beneficial anti-cancer effects at tumor sites outside the target area, and we may be able to augment this so-called abscopal response with immunotherapy agents," he explains.

Dr. Ng sees a number of possible advantages to using this strategy for newly diagnosed patients rather than at a later stage. "n patients with advanced disease, the immune system may be exhausted by the large amount of cancer or weakened by other treatments," he says. "The presence of the main tumor during immunoradiotherapy may be able to assist the immune system in recognizing the molecular signature of the particular sarcoma and identify other cancerous cells throughout the body, similar to a cancer vaccine," Dr. Ng says.

Durvalumab and tremelimumab are engineered human antibodies targeting proteins on the surface of tumor cells and/or immune cells. When these antibodies bind to the proteins, they may help stimulate the immune system to attack the tumor cells. Durvalumab is designed to target the protein PD-L1 (programmed death-ligand 1) on tumor and immune cells, while tremelimumab targets the CTLA-4 (cytotoxic T-lymphocyte-associated molecule 4) protein on immune cells. Durvalumab recently was approved by the U.S. Food and Drug Administration for treating advanced bladder cancer.

Dr. Ng plans to enroll 35 patients in the Phase I/II clinical trial. The drugs are provided to the University of Maryland by the manufacturer, AstraZeneca. Patients will receive five weeks of radiation therapy, plus three infusions each of durvalumab and tremelimubab at four-week intervals before, during and after the radiation treatments. Patients will receive standard radiotherapy at the Greenebaum Comprehensive Cancer Center or proton therapy at the Maryland Proton Treatment Center. Proton therapy is a precise form of radiation therapy that deposits all of its energy within the tumor and allows for less irradiation of normal tissues around the tumor. After surgery, the patients will receive four to nine infusions of durvalumab, depending on whether they have any detectable cancer. Researchers will follow the patients for up to two years.

"Dr. Ng's clinical trial is a prime example of the innovative immunotherapy research now under way at the UM Greenebaum Comprehensive Cancer Center," says E. Albert Reece, MD, PhD, MBA, vice president for medical affairs at the University of Maryland and the John Z. and Akiko K. Bowers Distinguished Professor and dean of the University of Maryland School of Medicine. "Our cancer researchers are at the forefront of exploring groundbreaking new ways to harness the power of the body's immune system to treat a growing number of cancers, including sarcomas, lung cancer, leukemia and multiple myeloma."

More information about the study (NCT03116529) can be found at www.clinicaltrials.gov.

Commemorating its 210th Anniversary, the University of Maryland School of Medicine was chartered in 1807 as the first public medical school in the United States. It continues today as one of the fastest growing, top-tier biomedical research enterprises in the world -- with 43 academic departments, centers, institutes, and programs; and a faculty of more than 3,000 physicians, scientists, and allied health professionals, including members of the National Academy of Sciences, and a distinguished recipient of the Albert E. Lasker Award in Medical Research.

With an operating budget of more than $1 billion, the School of Medicine works closely in partnership with the University of Maryland Medical Center and Medical System to provide research-intensive, academic and clinically-based care for more than 1.2 million patients each year. The School has over 2,500 students, residents, and fellows, and nearly $450 million in extramural funding, with more than half of its academic departments ranked in the top 20 among all public medical schools in the nation in research funding.

The School of Medicine faculty, which ranks as the 8th-highest public medical school in research productivity, is an innovator in translational medicine with 600 active patents and 24 start-up companies. The School works locally, nationally, and globally, with research and treatment facilities in 36 countries around the world. Visit www.medschool.umaryland.edu.