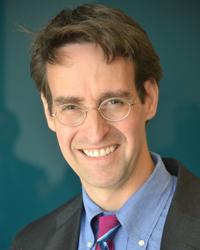 BALTIMORE – Patients who receive early heart surgery to correct mitral valve problems survive at the same rate as patients without heart disease. However, a new study has found that many patients are referred for surgery too late, after they have already suffered heart or lung damage. The major contributor to surgical delays, the researchers say, may be lack of awareness and education on the part of doctors about alternatives to open-heart surgery.

The study, led by James S. Gammie, MD, professor of surgery at the University of Maryland School of Medicine (UMSOM) and chief of cardiac surgery at the University of Maryland Medical Center, found patients referred for mitral valve (MV) surgery often had heart failure, impaired ability to pump blood and heart rhythm abnormalities, conditions that may compromise long-term survival.

Dr. Gammie also speculates that some patients with mitral disease have not been considered surgical candidates. “My prediction is that the availability of less invasive therapy will raise awareness and will encourage referral of patients in the future that are at present deemed to be too risky for conventional surgery by their cardiologists and primary care physicians,” says Dr. Gammie.

Rachael W. Quinn, PhD, manager of the UMSOM Valvular Heart Disease Research and Innovation Laboratory, distilled information from an enormous data trove to form the analysis. “It was surprising to see that we’re still working on ways to get patients in to see their doctors and get the proper referrals to treatment,” says Dr. Quinn, the paper’s senior author. “The study helps us see the current state of mitral valve surgery and how it’s changing. We can use the information to help shape the direction of mitral valve surgery in the future.”

The mitral valve—one of four valves in the heart—prevents blood from flowing backward into the left atrium and lungs. Mitral valve diseases may cause shortness of breath, fluid retention, fatigue and lightheadedness. MV surgery can reduce symptoms of heart failure, prevent or reverse unhealthy changes in the size, shape, structure or function of the heart, and decrease death rates among people with severe mitral disease.

The study, published in The Annals of Thoracic Surgery, analyzed The Society of Thoracic Surgeons Adult Cardiac Surgery Database, a repository for more than six-million surgical records, encompassing data from adult cardiac surgery centers across the country and throughout North America.

The researchers identified more than 87,000 patients at 1,125 centers in North America who had undergone primary MV operations from July 2011 to September 2016. The average age of patients in this group was 64; half were female.

MV surgery is the fastest-growing surgical intervention in the database, according to the analysis, with the volume of isolated MV operations up 24 percent during the study period, and a subset of MV operations for degenerative leaflet prolapse up 44 percent. Conventional MV surgery is very safe, with a low risk of death or complications.

During the period under study, about three quarters of patients underwent a conventional breastbone-splitting procedure, whereas 23 percent underwent less invasive procedures.
“This study provides a critical snapshot of conventional, open-heart, on-heart bypass mitral valve surgery in the United States today,” says E. Albert Reece, MD, PhD, MBA, executive vice president for medical affairs at the University of Maryland, the John Z. and Akiko K. Bowers Distinguished Professor and dean of UMSOM. “It will help both scientists and clinicians, and will serve as a benchmark for comparison with newer, less invasive therapies as they are more widely adopted.”

Funding for this analysis was provided by The Society of Thoracic Surgeons through the Access and Publications Committee, as well as through Divisional Funding at the University of Maryland School of Medicine.

About the University of Maryland School of Medicine
Commemorating its 210th Anniversary, the University of Maryland School of Medicine was chartered in 1807 as the first public medical school in the United States. It continues today as one of the fastest growing, top-tier biomedical research enterprises in the world -- with 43 academic departments, centers, institutes, and programs; and a faculty of more than 3,000 physicians, scientists, and allied health professionals, including members of the National Academy of Sciences, and a distinguished recipient of the Albert E. Lasker Award in Medical Research.  With an operating budget of more than $1 billion, the School of Medicine works closely in partnership with the University of Maryland Medical Center and Medical System to provide research-intensive, academic and clinically-based care for more than 1.2 million patients each year. The School has over 2,500 students, residents, and fellows, and nearly $450 million in extramural funding, with more than half of its academic departments ranked in the top 20 among all public medical schools in the nation in research funding. As one of the seven professional schools that make up the University of Maryland, Baltimore campus, the School of Medicine has a total workforce of nearly 7,000 individuals. The combined School and Medical System (“University of Maryland Medicine”) has a total budget of $5 billion and an economic impact of nearly $15 billion on the state and local community. The School of Medicine faculty, which ranks as the 8th-highest public medical school in research productivity, is an innovator in translational medicine with 600 active patents and 24 start-up companies. The School works locally, nationally, and globally, with research and treatment facilities in 36 countries around the world. Visit medschool.umaryland.edu