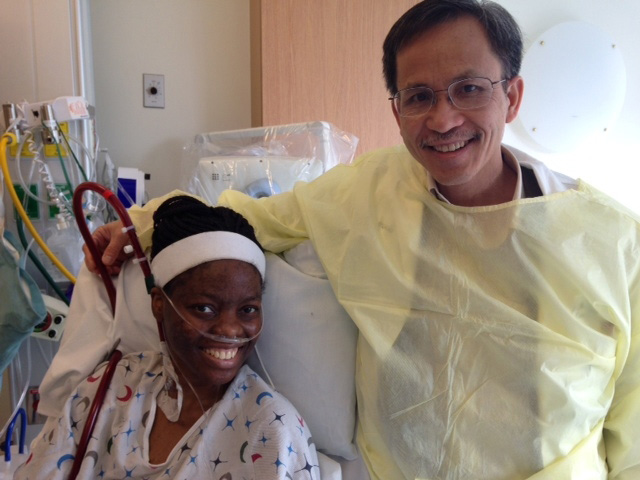 Daisy Oyenuga didn't want to believe she was sick at just 30 years old. When she moved to the U.S. from Nigeria by herself at age 15, she was set on having fun and doing her own thing. She never thought she would need a transplant.

One day, Daisy woke up to a headache, back pain and a cough. Thinking nothing of it, she took some over-the-counter cold medicine and went about her day.

Her symptoms worsened, and she eventually went to a local hospital where she was diagnosed with pulmonary fibrosis, a disease that scars the lungs and affects the flow of oxygen to the bloodstream.

Daisy's prognosis was advanced because she had not seen a primary care doctor in years, so her symptoms had gone unrecognized. She was referred to the University of Maryland Medical Center (UMMC), under the care of pulmonologist Irina Timofte, MD.

Dr. Timofte says Daisy's condition was very severe when she came to UMMC. "Pulmonary fibrosis is a condition that can take years to develop. By the time Daisy got to us, she had a collapsed lung and required carefully orchestrated care in the ICU." 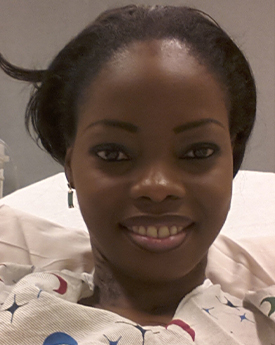 ECMO is known as a bridge to transplant system, which allows a patient's lungs time to rest and recover. Caring for patients on ECMO is very complex and requires the most sophisticated teamwork. The Cardiac Surgery ICU teams at UMMC specialize in managing patients who need ECMO to breathe and providing care amidst an array of complications.

Once at UMMC, Dr. Timofte prescribed steroids to slow the progression of Daisy's disease and placed her on oxygen to aid her breathing. Critical care teams in the Intermediate Care Unit cared for Daisy as her health declined. Finally, the oxygen could no longer keep her going, and her lungs gave out. Doctors told her she needed a double lung transplant to support her severe pulmonary hypertension, which requires two transplanted lungs instead of one.

While Daisy waited for donor lungs to become available, she was placed on extracorporeal membrane oxygenation (ECMO), a breathing machine that circulates oxygen in the bloodstream when the lungs are too weak to do so.

"Our multidisciplinary team of critical care specialists, pulmonologists and cardiothoracic surgeons worked together to keep Daisy healthy so that when lungs became available, she had the best chance for a successful outcome," Dr. Timofte says.

Daisy was on the transplant waiting list for five months before two donor lungs became available.

Today, her follow-up care continues at UMMC with the transplant pulmonology team, and she has resumed a normal life.