The University of Maryland Medical Center's Lung Transplantation Program has saved the lives of hundreds of patients who received transplants. By replacing lungs which have ceased to function effectively, the program has given new life -- new energy and new possibilities -- to people whose lives had been restricted by debilitating conditions.

Lia Young's family was told to get their affairs in order - it was time to move Lia, unconscious at the time, to hospice care. But Lia's husband, Robert, wasn't having it. He contacted several high-risk lung transplant hospitals and heard back from UMMC's team, who organized Lia's transportation from Texas to Baltimore to receive a double-lung transplant. Watch her story: 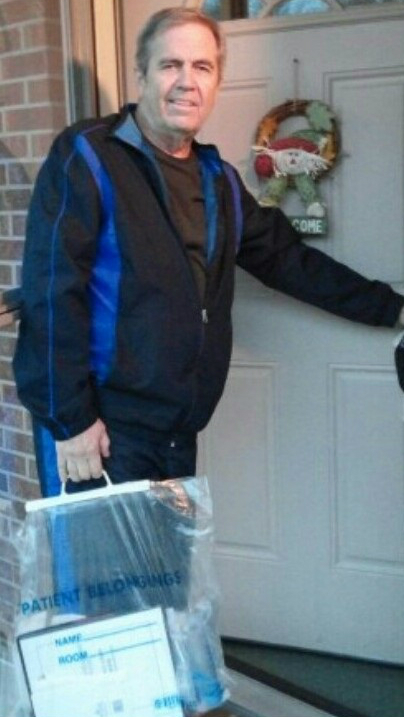 Tim Koelble wasn’t sold on receiving a lung transplant, even though it was apparent it was his only option if he wanted to extend his life.

Active his whole life, Koelble didn’t have energy to do just about anything anymore. It didn’t matter where he was, whether he was sitting or lying down, he could fall asleep at a moment’s notice. But the fear of dying on the operating table and the unknown of what his life could be like post-surgery was enough to keep him from pursuing a life-saving operation.

“Finally I got to the point where I looked at my wife and I said ‘it’s time to go,’” Koelble said. “I was tired of feeling like I did.”

Read the rest of Tim's story.

Garth Thorpe's lungs failed after he contracted an infection during a trip overseas and he was placed on an external breathing machine while his lungs healed. Watch this video to learn more about his experience at the University of Maryland Medical Center.