The University of Maryland Medical Center was the third hospital in the U.S. to do remove a kidney from a living donor through only one incision in the belly button. Kidney donor Kristen McLoughlin, who required only a Band-Aid to cover her small incision -- was pleased with the result and hopeful this would encourage others to donate. Her story is below. 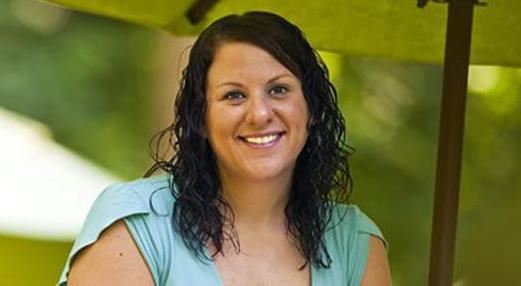 Band-Aids are typically used to cover minor cuts, so living kidney donor Kristen McLoughlin was surprised to learn that the tiny bandage was the only visible sign of her donation procedure.

McLoughlin, of Madison Heights, Va., was the first kidney donor at the University of Maryland Medical Center (UMMC) to undergo kidney removal through a single opening or incision, in the belly button. UMMC is the first hospital in Maryland and third in the U.S. to offer this new procedure called single incision laparoscopic surgery -- which leaves patients with no noticeable scars.

"It's neat," McLoughlin said of this pioneering surgery. "I came out of surgery with just a Band-Aid covering it because they couldn't find anything else; the incision was so small. I was very surprised. I can't figure out how they got the kidney out of there because it's so little."

Although only 22, McLoughlin has been thinking about kidney donation for several years, since her older sister was killed in a car accident. The family donated some of her sister's organs at the time. When she made the decision to donate, McLoughlin did research on the Internet and found the organ donor matching service matchingdonors.com.

That's where McLoughlin met Cynthia Jacobson, to whom she donated her kidney. Jacobson, from Timonium, Md., had been on the kidney waiting list for a year and a half.

McLoughlin, who is co-chair of a domestic violence coalition and a victim services coordinator, said her research prepared her for what to expect.

"What helped me prepare most was that I had done a lot of research. I looked at a lot of Web sites and also talked to quite a few kidney donors and got a lot of different perspectives," McLoughlin said. "Doing that really put me at ease, as I felt like I knew what was going to happen."

McLoughlin said Dr. Rolf Barth, who led the surgical team that removed her kidney, had discussed the possibility of doing the laparoscopic kidney removal procedure through a single incision if everything went well, but she didn't know for sure until the surgery was over.

"Dr. Barth has been wonderful through the whole thing," McLoughlin said. "I've really enjoyed working with him."

The need for kidney donors is growing every day. McLoughlin is hopeful this new procedure will encourage others to give the gift of life.

"It is a breakthrough for future donors, and will make it easier for them," McLoughlin said. "Potential donors should know they may not need to have three or four incisions. Only having one small incision that doesn't leave much of a scar is great."