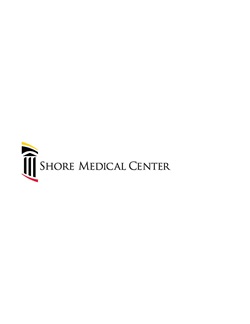 The exterior of University of Maryland Shore Medical Center at Dorchester will see some changes over the next several weeks according to Brian Leutner, executive director with UM Shore Regional Health and the hospital’s site administrator.

Due to its current unhealthy state, a large tree that stands on the Choptank River-facing side of the hospital will be removed at the end of December. “Because of its age and general deterioration over time, it was determined that the tree poses a safety risk and needs to be removed from the property,” comments Leutner. “Community members – especially those coming into Cambridge via the Malkus Bridge – can expect to see some activity outside the hospital on or around December 29, at which time the tree will be removed.”

A plan is also underway to update the exterior lighted signage on the river side of the hospital. The new lighted signage will be clearly visible to residents and visitors as Shore Medical Center with the University of Maryland Medical System icon, consistent with the naming conventions of Shore’s three hospitals. The existing signage has been non-operational for some time due to obsolete technologies and will be replaced in the early part of 2017. “We appreciate the community’s understanding, as well as the patience and cooperation of our team members and volunteers, as we make these updates to the hospital’s façade,” adds Leutner.

The tree and the signage are on the river side of the building, so parking and entry to the hospital through the main entrance or the Emergency Department will not be affected.

As part of the University of Maryland Medical System (UMMS), University of Maryland Shore Regional Health is the principal provider of comprehensive health care services for more than 170,000 residents of Caroline, Dorchester, Kent, Queen Anne’s and Talbot counties on Maryland’s Eastern Shore. UM Shore Regional Health’s team of more than 2,500 employees, medical staff, board members and volunteers works with various community partners to fulfill the organization’s mission of Creating Healthier Communities Together.