In announcing the appointment, Kozel cited Jones’ strong and demonstrated leadership throughout her nursing and executive experience, her unwavering support for excellence in all aspects of nursing care, and her extensive knowledge of the five-county region and the individual communities served by the health care network.

He further stated, “Ruth Ann’s exceptional listening, problem-solving and consensus building skills have proved invaluable in helping us navigate the profound and rapid changes affecting the health care industry in general and nursing care delivery in particular. I am confident that as senior vice president of Patient Care Services and Chief Nursing Officer, she will be a strong force in helping UM Shore Regional Health achieve our mission, Creating Healthier Communities Together, and our vision To Be the Region’s Leader in Patient-Centered Care.”

Prior to assuming the interim position, Jones served for three years as director, Acute Care and Emergency Services for UM Shore Medical Centers at Dorchester and Easton and UM Shore Emergency Center at Queenstown. In that capacity, she oversaw nursing care for more than 70,000 patients treated each year. Her many professional accomplishments include serving as project sponsor for clinical documentation and Meditech upgrades; as co-chair for the SRH Nursing Research Council; as an active participant in two successful Magnet accreditation processes; and as author of a grant that supported the renovation of the Behavioral Health Unit at UM Shore Medical Center at Dorchester in 2013.

Jones graduated from Macqueen Gibbs Willis School of Nursing in 1974 and became a staff nurse in pediatrics at UM Shore Medical Center at Easton. Four years later, she became nurse manager for the unit and remained in that position for 12 years. She then held director-level positions in clinical practice, nursing operations, patient care services, professional practice development and acute care services. Her educational credentials include a bachelor’s in nursing from Wesley College, a master’s in nursing from Catholic University of America, and a doctorate in education focusing on Innovation and Leadership from Wilmington University. Jones earned her Nurse Executive, Advanced certification (NEA-BC) from the American Nurses Credentialing Center in 2006.  She completed post-graduate training at Johns Hopkins’ Nursing Case Management Academy, the Advisory Board’s Center for Frontline Nursing Leadership and Villanova University’s Leadership Program.

Jones has received awards and honors from such diverse organizations as the Florence Nightingale Society, Sigma Theta Tau International, Catholic University of America, and George Washington University in collaboration with the National Collaborative on Aging and Washington Regional Nursing Research Consortium. In 2007, she was named Director of the Year by UM Shore Regional Health and also received the Audrey K. Doberstein President’s Award for Leadership from Wilmington University.

Jones is a member of the advisory boards for Chesapeake College School of Nursing and the Salisbury University School of Nursing, the Maryland Organization of Nurse Executives, the American Organization of Nurse Executives, the Health Information and Management System Society and the Health Care Education Association. She also has presented and lectured widely at nursing conferences and other events. 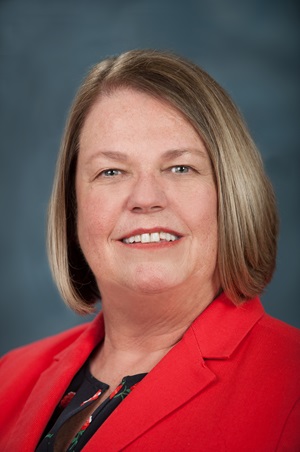