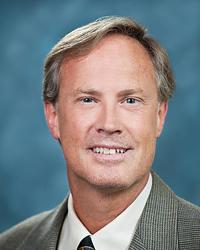 Dr. Duane Cespedes is currently the Director of Comprehensive Continence and Pelvic Health Center in Easton, Maryland. He served previously as the co-director for the Center for Pelvic Health at Johns Hopkins Bayview Medical Center and is the former Chairman and Program Director of the Urology Department at Wilford Hall Medical Center in San Antonio where he trained residents in urogynecology for 15 years. He retired from the Air Force after 24 years of service at the rank of Colonel.

He received his medical degree from the Uniformed Services University of the Health Sciences in Washington, D.C., and performed a Urology residency in San Antonio. He subsequently performed a fellowship in Urogynecology / Female Urology with Dr. Edward McGuire in Houston, Texas.

Since that time, he has been active both clinically and academically in the area of female urology, incontinence and pelvic reconstruction having published over 100 chapters and papers. He is also active in research and is the former chairman of the Institutional Research Board at Wilford Hall Medical Center.

Dr. Cespedes has received many awards including the Paul Zimskind award of excellence in Female Urology and Urodynamics in 2004. He currently serves as a consulting editor for UROLOGY. His current areas of interest include urodynamics, the treatment of pelvic prolapse, and male and female incontinence.