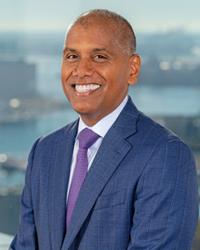 Dr. Suntha’s research focuses on patients diagnosed with carcinomas of the head & neck and esophagus. He has conducted numerous investigator-initiated combined modality clinical trials aimed at improving the therapeutic outcome in these diseases. These trials have attempted to define optimal ways of delivering chemotherapy and radiation concurrently, either as definitive therapy or in the neoadjuvant setting prior to surgical resection. Dr. Suntha’s clinical specialty includes cancers of the head & neck and esophagus.

Dr. Suntha was named a "Top Doctor" in the specialty of Radiation Oncology by Baltimore magazine in 2016.

Learn how to schedule with telemedicine