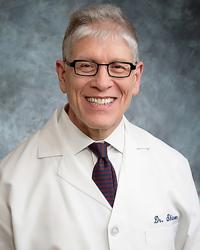 Dr. Sharon graduated with honors and distinction from Cornell University with a bachelor of science degree (1976) and completed his medical degree at New York Medical College as a member of the Honor Medical Society (1980). As a medical intern and resident at New York City’s prestigious Mount Sinai Hospital (1981–1983), Dr. Sharon was chosen to serve as co-Chief Medical Resident (1984) with responsibility for supervising multiple medical house staff. Dr. Sharon relocated to Bethesda, Maryland to the renowned National Institutes of Health where he advanced his endocrine training and launched his career as a physician scientist (1984–1989). In tandem with appointments and teaching rounds at Georgetown University Hospital and Washington Hospital Center, Dr. Sharon worked as an endocrine consultant, co-founding his own practice—Diabetes And Endocrine Consultants—in May 1993. He has published extensively in peer-reviewed journals and book chapters and is a frequent presenter of new therapeutics in endocrinology and metabolism to both students and colleagues. Dr. Sharon has received numerous honors from community and colleagues alike, including Top Doctor (Washingtonian Magazine,1993–2008) and selection to the esteemed Fellowship in the American College of Physicians.

In 2010, Dr. Sharon was one of the first 100 endocrinologists in the nation to receive the Endocrine Certification in Neck Ultrasound (ECNU) designation. ECNU is a professional certification in the field of neck ultrasonography for endocrinologists who perform consultations and diagnostic evaluations for thyroid and parathyroid disorders through both diagnostic ultrasound and ultrasound-guided fine needle aspiration.