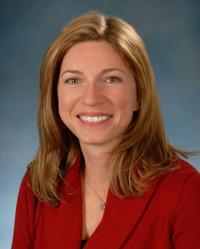 Dr. Giudice is a general pediatrician and works clinically on the general pediatric inpatient floor and in the neonatal intensive care unit (NICU) follow-up clinic. Her research interests are in graduate medical education, including curriculum development and professional development.

Dr. Giudice has a leadership role as Vice Chair of the Faculty and Professional Development Task Force of the Association of Pediatric Program Directors, the national organization for Pediatric Residency Program leaders. In this role, she helps to run national professional development workshops for chief residents and faculty. She is a Fellow of the American Academy of Pediatrics (AAP), holding a leadership role in the Maryland Chapter of the AAP as the Co-facilitator for Community Access to Child Health (CATCH).