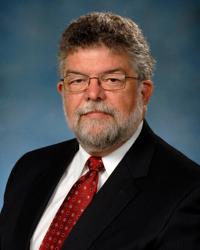 Dr. Harman specializes in maternal-fetal medicine. He is committed to providing expectant mothers and their babies with the best care possible during and after pregnancy.

Dr. Harman is a Sylvan Frieman, MD endowed professor in obstetrics, gynecology and reproductive sciences in the Department of Obstetrics, Gynecology and Reproductive Sciences at University of Maryland School of Medicine. He is also director of the Center for Advanced Fetal Care and head of the Division of Maternal and Fetal Medicine at University of Maryland Medical Center.

Dr. Harman's team performed the first intravascular fetal transfusions in North America, and he has conducted extensive research on alloimmunization (an immune response to foreign antigens from another human, most commonly after pregnancy or blood transfusions). He has published extensively on fetal medicine, including topics related to invasive fetal testing and treatment. In addition, he is one of the developers of the Biophysical Profile Score, the preeminent fetal assessment method.

Dr. Harman received his medical degree from the University of Manitoba in Winnipeg, Manitoba, Canada, where he also completed his residency. He became a fellow of the Royal College of Physicians and Surgeons of Canada. He furthered his medical training with a fellowship in maternal and fetal medicine at Oxford University.

Dr. Harman is a founding member of the North American Fetal Therapy Network. Also, he is a fellow of the American College of Obstetrics and Gynecologists and a member of the Society of Maternal Fetal Medicine magazine.