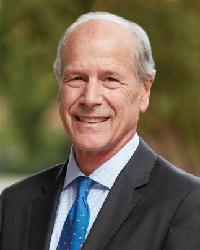 He was named a "Top Doctor" in the specialty of Transplant Cardiac and Transplant-Lung by Baltimore magazine in 2020.

Prior to his arrival at the University of Maryland, Dr. Griffith served as vice-chair in the department of surgery at the University of Pittsburgh School of Medicine, where he was also chief of cardiothoracic surgery and the Henry T. Bahnson Professor of Surgery. He also served as the founding director for the internationally recognized McGowan Center for Artificial Organ Development.

In August of 2003, he reconstructed the top two chambers of a woman's heart with animal and human donor tissue. This first-of-its-kind surgery was performed to remove a potentially deadly and recurring tumor called a myxoma.

In September of 2002, he led a team of Heart Center cardiac surgeons to implant a revolutionary new rotary heart pump called the Jarvik 2000 to save the life of a man with heart failure.

Dr. Griffith received his medical degree from Jefferson Medical College and completed a surgery internship and general and cardiothoracic surgery residency at the University of Pittsburgh School of Medicine Health Center Hospitals. He is an NHLBI investigator and is currently developing an artificial lung. He has published over 500 articles and book chapters, lectured at professional meetings nationally and internationally, and is the recipient of numerous honors and awards, including induction into the Royal College of Surgeons, Edinburgh, Scotland.

The Physician Offices of the University of Maryland Transplant