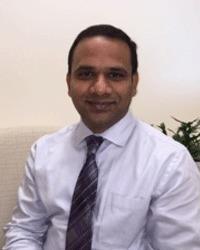 Aditya Kadiyala, MD, MPH, graduated from Siddhartha Medical College, India, in 2006. After obtaining a Master’s in Public Health from West Chester University of Pennsylvania in 2008, he joined Prince George’s Hospital Center in Cheverly, MD where he finished his Internal Medicine Residency in 2011. He then went on to do his Fellowship in General Nephrology and hypertension at Hofstra-NSLIJ School of Medicine in Great Neck, NY.

He was involved in various outcomes research studies and has published in journals like “Transplantation” and “Advances in chronic kidney disease.” He also presented various posters at national meetings of “American Society of Nephrology” and “National Kidney Foundation”. During his fellowship he was awarded “Best outgoing fellow of the year.” He also spent time doing research at UCLA Kidney Transplant Research Program in Los Angeles CA.