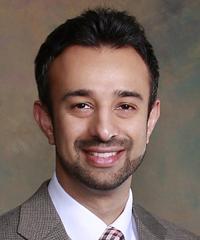 Dr. Adeel Kaiser, an assistant professor of radiation oncology at the University of Maryland School of Medicine, specializes in the treatment and management of genitourinary cancer and prostate cancer, and gastrointestinal malignancies.

Upon receiving his medical degree from Johns Hopkins University in 2003, Dr. Kaiser immediately began an internship with the University of Chicago Department of Internal Medicine with rotations in medical and radiation oncology. A year later, he began his residency at the University of California Irvine Integrated Radiation Oncology Program. During his residency, he received the American Brachytherapy Society Fellowship Award and the Radiological Society of North America Roentgen Resident/Fellow Research Award, both in 2007, and he served as chief resident in 2008.

After his residency, Dr. Kaiser served as an assistant professor of radiation medicine at Loma Linda University from 2008-2010, and worked in the private sector for Northwest Radiation Oncology from 2010-2015, where he also served as a medical director.

His research includes a specific interest in integrative strategies such as diet and exercise to increase the effectiveness of treatment for oncology patients.

He is also the Co-Director of Integrative Wellness Program initiated in February of 2018 at the Maryland Proton Treatment Center.